Bet on the English Football League Cup at mr.play Sports

The annual English Football League Cup, or EFL Cup, is one of the highlights of the football calendar. Ninety-two professional clubs contest the tournament, which means that there are a huge number of exciting matches. Here at mr.play Sports you will find everything that you need to bet on the tournament, including hundreds of betting markets with extremely generous odds on every single match as well as markets on the tournament as a whole, so that you have loads of opportunities to place winning bets.

We work hard to make sure you have hundreds of betting opportunities on every EFL Cup game and this means that there is a huge range of betting markets. Most of the markets are very straightforward, but some can seem a little bit complicated at first, and it is important to understand them if you want to maximise the betting possibilities. There are two main types of markets, Game Odds, which deal with the individual matches in the tournament, and Outrights, which deal with the overall outcome.

Most of the EFL Cup betting action is on the individual games and you will see that there are more than one hundred markets available for each match. Of course, the easiest place to start is a bet on which team will win the match or if it will end in a draw, and this is known as a 1X2 Full Time bet. Another very popular and simple bet is 1X2 1st Half, which is the same bet but on the first half of the game. There are many bets just as straightforward as these are, and they all give you the chance to win.

The betting markets are split into categories including Halves, Cards, Players, Goals, and Corners. The range of bets allows you to bet on every aspect of a match. For instance, you can bet on which players will score, how many corners there will be, who will receive a red card, how many goals there will be and what the exact score is. By carefully examining all of the categories and the betting markets, you could easily place bets relating to every minute of an EFL Cup match.

English Football League Cup outright markets deal with the tournament as a whole. The most basic outright bet is on who will win. This is also available as an Each Way bet, this means that you will place two bets, one on the team to win and one of them to place (normally the top two places). That way, if your team wins, you will win both bets, and if they place you will still win the second bet. This bet is available from before the tournament begins right through to the final, and during the tournaments early stages, you are likely to find some very generous odds on the favourites.

Very often, there will be more outright markets available. For instance, you may find markets on who the tournament’s top goal scorer will be. Be sure to look at them all carefully as you may spot some exciting bets.

There is nothing like the excitement of watching a football match, but being able to bet on it at the same time makes it even more thrilling. In-play betting allows you to do just this with markets and odds that are updating all of the time to reflect what is happening on the football pitch. You will find many of the regular betting markets available in-play, such as which team will win, the score, and so on. However, there is a separate category of bets that are only available in-play. These are often referred to as ‘Next To’ bets, as they are bets on the next thing to happen in a match. For instance, you may think a player is looking particularly threatening and quickly place a bet on him being the next to score. You can bet on the next corner, the next penalty, the next foul, and much more. There are also markets allowing you to bet on whether something will or won’t happen in the next 1 or 5 minutes, such as a penalty, corner, goal or card, so if you think things are heating up on the pitch and could turn nasty, you could place a bet on their to be red card in the coming minutes. Thanks to this, you can bring more excitement to every minute of a football match. Best of all, we also bring you live updates from the match, so you can follow the action even when you are unable to watch it.

The English Football League Cup was first held in 1960-61 and it is considered one of the three top-tier domestic football competitions in England (with the FA Cup and Premier League). The tournament takes place over seven rounds with single-leg ties throughout, apart from the semi-finals. A total of 92 teams take part in the tournament from England’s four top leagues, the Premier League, Championship, League One and League Two. The final takes place at Wembley Stadium in May each year, and if the teams are level after extra time, the match is decided by a penalty shootout. The winners receive the EFL Cup as well as automatic qualification for the UEFA Europa Conference League. 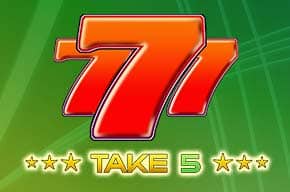