Bet on the FA Cup at mr.play Sports

The FA Cup is the oldest national football competition in the world and it is also one of the largest, with hundreds of teams eligible to take part. This of course means that there are masses of betting opportunities and here at mr.play Sports we bring you all the betting markets you could possibly need together with some of the most generous odds around. If you are interested in betting on any aspect of the FA Cup, then have definitely arrived at the right place.

There are some fantastic betting opportunities in the FA Cup as you cannot only bet on individual matches, but you can bet on stages of the tournament, who will progress, and of course, who will lift the trophy. However, to do this, you need to understand all of the different types of betting markets on offer and the way in which the odds work. You will find the markets here split into two main categories, Game Odds, under which you will see a list of the upcoming games and can access their betting markets, and Outrights, which are markets that deal with the tournament as a whole.

The markets on individual FA Cup matches are very similar to those available for any other football game. Usually, there will be more than 100 of them on offer and between them, you can bet on almost any aspect of the match. You can start with basic markets such as 1X2 Full Time (who will win the match), Total Goals scored, 1X2 1st Half, Total Goals 1st Half, Both Teams to Score, and so on. These markets are simple to understand and are a great way to begin betting on the FA Cup.

As the FA Cup is a tournament it also offers the To Qualify market, which is simply a bet on which team will qualify for the next round (remember, this is not necessarily the same as match winner as some games take place over two legs). It is also worth keeping an eye on the Specials markets. These include To Win To Nil, To Win From Behind, Both Teams to Score In Both Halves, Own Goal, and more. As you can see from these few examples, it is possible to bet on a huge range of different factors so the more you explore the markets, the more betting opportunities you will find.

The Outright betting markets are often more extensive than you may first think when betting on the FA Cup. Even if you take the most basic of the markets, FA Cup Winner, it is still an exciting market that will change as the tournament progresses. It is entirely possible for the favourites to be knocked out fairly early on in the tournament and this will of course completely change the shape of the market. It also means that if you want to back a team other than the favourite to win, then you could get very generous odds early on while the favourite is still in the tournament. The FA Cup takes many months to play out, it normally starts in August with the very early stages and the final takes place the following May. As a result, a huge amount can change in the outright betting markets and it is very much worth keeping a close eye on them.

As with many other football matches, at mr.play we bring you fantastic in-play live betting markets on the FA Cup, particularly in the later stages of the competition. In-play betting allows you to place bets as a match progresses and use what you are watching to place bets on what you think is going to happen in the immediate future. While it is possible to place long-term in-play bets, such as match winner, there are many short-term bets and this is where in-play betting comes into its own. For instance, you can bet on the next player or team to score, the next to foul, take a corner, penalty, and so on. The bets take just a second to place allowing you to react very quickly to any opportunities that you may spot. It is a fantastic way to make watching a match even more exciting and take your engagement to a completely new level.

The FA Cup first took place during the 1871-72 season, making it the oldest national football competition in the world. Hundreds of clubs in the English football league system are able to take part including from the Premier League, Championship, League One, League Two, and teams in the National League System. Amazingly, in the 2011-12 season a record 763 clubs participated!

With so many teams taking part, the FA Cup has numerous rounds. There are six qualifying rounds from which 32 teams progress to the first round of the competition proper, where they encounter the first of the 48 professional teams from Leagues One and Two. The last teams to enter the tournament are those from the Premier League and Championship, who enter in the Third Round Proper. The winners ultimately receive the FA Cup trophy. There have been just two designs of the trophy and five actual cups. The most recent was made in 2014 and is a replica of the second design, which was first created in 1911. Winners of the tournament also qualify for the Europa League and receive a place in the FA Community Shield. Arsenal is the team to have won the most time, with 13 titles to date. 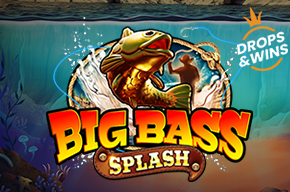